Receive a FREE Earth Stake with this energiser.

Gallagher earth rods are galvanised for long life and excellent conductivity. Without a proper Earth System your energiser will not perform.

Very sturdy and durable Gallagher post, 0.75 m high, with 6 numbered lugs and extra strong footing. Suitable for tape up to 20 mm, rope and polywire. The unique twist ‘n lock system guarantees a simple and secure attachment of the conductors with a maximu

- 4 wires
- Maximum fence length: 100 m
- Very quick and easy to assemble, to carry and store away
- Can be connected to any energiser 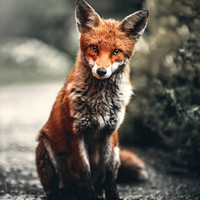 On the other, they’re known as crafty, cunning and conniving little terrors with a penchant for mischief. Lovable or not, you definitely don’t want foxes anywhere near your livestock – be that sheep, chickens or pet rabbits. You want to deter them as much as possible. Because if a fox gets into a coop or into a field with animals that are easy prey, it will use all of its predatorial abilities to kill.

They’re smart, they’re incredibly adaptive to their environment, and they won’t let a simple little fence get in their way. That’s why you need effective fox deterrent fencing to protect your livestock.

If a fox puts its mind to get into an area where there is a suitable food source – especially if it’s hungry – there aren’t many ways to stop it. They can climb. They can dig. They can work out ways to get through most obstacles, and they’re determined enough to try. So, you need something that will scare them off, that will deter them from even trying in the first place. There are several different types of fox deterrents that do this:

Each type of fox deterrent fencing has different applications and different uses. Each works in different ways to prevent a fox from getting close and to protect your livestock from attack. The best option for you will depend on your set-up.

Standard electric fencing can be used to deter a wide range of animals from entering a designated area or stop some animals from leaving a specific field or garden. Nowadays it’s extremely portable and easy to set-up yourself, so you can create an electric fence anywhere you like. It’s easy to carry into distant fields and can be powered by batteries or small solar panels if you need to set it up somewhere away from a mains connection. It’s great for large areas like paddocks if you want to protect sheep or other livestock from fox attacks. On average, it’s 50% cheaper than wooden fencing too. You can even run electric fencing along a wooden fence to make use of existing poles.

The trick to making sure an electric fence is an effective deterrent against foxes is to have both a low bottom line and a high top line. This way a fox will get a shock if they investigate on the ground, and a shock if they try to climb over the top. Any shocks foxes receive are minor and designed to make them think twice about coming back. They won’t harm the animals.

But because foxes are so cunning, they may find a way around, under or through an electric fence that just consists of two or three electrified wires. If you want to provide more comprehensive protection against foxes, then electrified netting is often the best choice. With a wire mesh covering an entire coop or rabbit hutch, there’s no way a fox can get through without getting shocked.

There are many different ways to stop foxes from prowling your land and attacking any animals you keep – whether they’re for commercial or domestic purposes. Electric fencing of one kind of another is the most effective way to deter foxes in your garden, your paddock or your fields. But to provide the best protection for your livestock and scare away predators as much as possible, we recommend combining fox deterrent fencing for maximum impact.