The Foxlights is the best way to protect your endangered animals from nocturnal predator attacks such as foxes, wolves or wild boars! 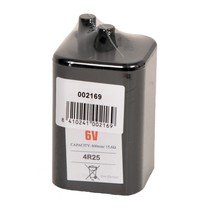 Foxwatch is the most widely used ultrasonic fox deterrent in the World!! If you want to protect any area from foxes, then an illuminated fox deterrent is a great place to start. Foxlights can be set up around a large outdoor field – or positioned right next to a chicken coop.

They will deter foxes immediately when they sense any movement and are battery operated, so you don’t need a mains connection. This is ideal if you want to position them in a distant field. Activated automatically at dusk, they’ll trick any attacking predator into thinking there’s human movement nearby.

But if a fox soon realises the lights are just lights and there isn’t anyone around, they’ll learn to ignore them. They don’t offer a physical barrier against fox attacks.

The same is true for ultrasonic fox deterrents. They can be placed anywhere – on existing fence posts, on trees, or at the side of animal shelters. They can be configured to emit a sound that only affects foxes too – so any other wildlife won’t be disturbed.

However, some foxes may choose to ignore the irritating noise and overcome any discomfort to still attack, especially if they’re hungry.