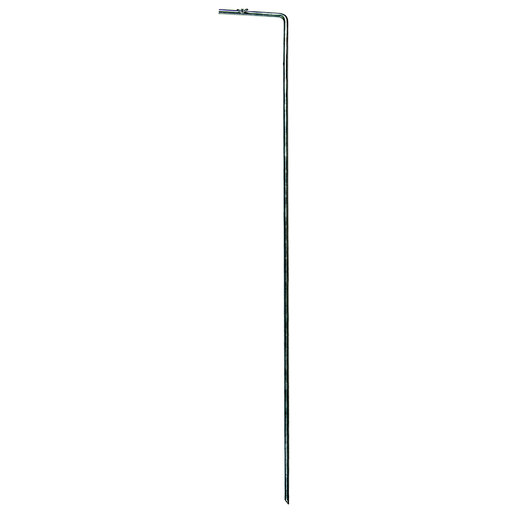 This highly conductive Hotline General Purpose Earth Spike should ideally be considered the minimum requirement for earthing your electric fence of up to 1000m in length.

This highly conductive General Purpose Earth Spike should ideally be considered the minimum requirement for earthing your electric fence of up to 1000m in length; i.e.1 x 1m earth spike for each 1000m of single fence line… If your fence is 1000m long consisting of two lines of wire, use 2 earth spikes (join them together using HT cable) and be prepared to add more earth spikes, or switch to heavy duty earth spikes depending on the local ground conditions.

The earthing system is an integral part of your energiser's performance and indeed, the performance of your entire electric fencing setup. Inadequate earthing is the most common failure in electric fence operation, but often one of the most simple to remedy, for example simply ensuring that the earth spike is pushed or hammered fully into the ground can make all the difference to a small system. On a longer electric fence, earth system problems are often solved simply by increasing the number of earth spikes.

With the vast majority of electric fence faults being directly attributable to insufficient earthing, please make sure that you don't make the mistake of skimping in this area and ensure that you begin with a minimum of at least one 1m earth spike for each 1000m of fence line.

Connect your Earth Spike to the energiser using the leads supplied with your battery energiser, one of the cables from the Earth/Live Cable Set or by using double insulated high voltage cable, HT/G Cable particularly if you are using a mains powered energiser.

Particularly if your land is likely to become very dry in the summer, we would recommend choosing the longer 1.5m earth spike, or if this is not practical increasing the number of earth spikes you incorporate. If/when connecting multiple earth spikes, join the earth spikes together using a 1m length of wire and bury them completely. (If you have an area of land that tends to stay damp throughout the year, this would be an ideal location for your earth spikes). For dry cell (6V / 9V) energisers you can use the shorter 0.5m earth spike, for example with the HLB100 Shrike, P150 Harrier and C200 Centaur.

Always ensure that the electric fence earth spike/s are installed at least 10m away from any other earth system - e.g. Household Earth, Neighbours or Outbuildings. 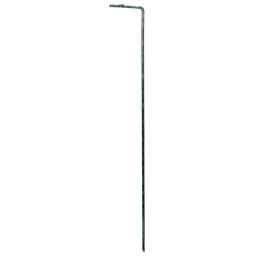